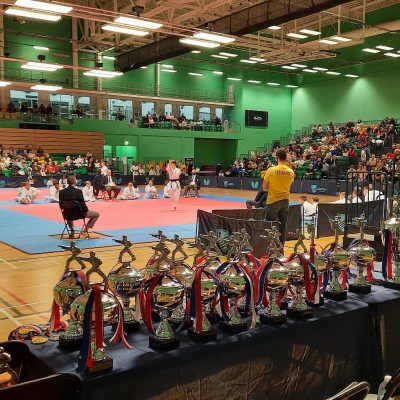 Yesterday, with a long list of Covid protocols in place, we held our first tournament, the 54th KUGB National Championships at the amazing David Ross Sports Village at the University of Nottingham.

Our Competitors and their families were greeted by Nottingham’s Robin Hood and Little John as they made their way into the venue to warm up for the eliminations, which started promptly at 10 am.

Alongside a large number of Karateka competing for the first time, there were many highly experienced competitors, including Internationals from the KUGB National Squads. Every match was fiercely contested as competitors were determined to do their best after their long-enforced break.

Once the eliminations were finished, there was a short recess which allowed not only the finalists to recharge their batteries, but also the Referees and Judges to get a respite from their very demanding schedule.

A minute’s silence was then held in memory of Sensei Bob Poynton who sadly passed away in March 2020.

The Sherriff of Nottingham, Councillor Merlita Bryan, was in attendance as our special guest and took the time to welcome everyone to Nottingham and wish them luck.

For over 30 years the KUGB has awarded special Long Standing Member certificates to those who have been members for 20 years or more, recognising their commitment, dedication and achievement as a valued member of the KUGB.

An additional 40 members received certificates this year and many of them were able to attend the Championships. Sensei Brennan then took time to meet and individually present certificates to those members who had reached the following milestones in their KUGB Karate careers. 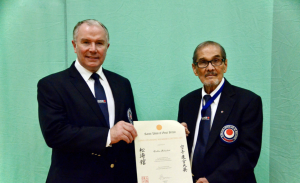 And a fantastic 50 years and over

All of the finals saw outstanding performances with those watching witnessing the depth and strength of the KUGB and the talent and potential of our younger members. Special mention should go to Rhianne Blundell who had a baby just one year ago and came back to win the Senior Female Kumite.

At the end of every National Championships four perpetual memorial trophies are presented for the most outstanding Senior, Junior and Child competitors in honour of the late Sensei Keinosuke Enoeda, Sensei Derek Langham and Sensei Charles Naylor.

For the first time, we presented the Bob Poynton Memorial Trophy, which was awarded for an outstanding performance at the Championship. The Trophy was sponsored by JC Trophies, Steve Stubbs from South Notts SKC and an anonymous donor. Bob’s Brother, Jim and his Sister, Doreen, very kindly agreed to present the trophy today to the first-ever recipient.

It was a fantastic day and additional thanks must go to the staff of the David Ross Sports Village, Dr. Tim Baker and our Team of Medics, all of the Referees, Judges and Table Officials and the very many volunteers who give countless hours to the KUGB.

As one person said as they left “Isn’t it fantastic to be alongside our KUGB family again. We can’t wait for the next one”.

Full results are below :- 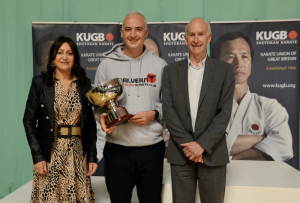 The Bob Poynton Memorial Trophy for Most Outstanding Performance was presented to Malvern. 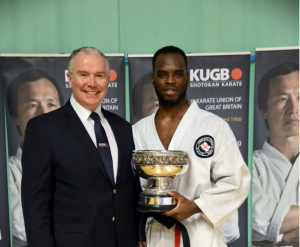 The Sensei Enoeda Trophy for the Most Outstanding Competitor over 21 was presented to Ethan Armstrong, Leeds Shotokan. 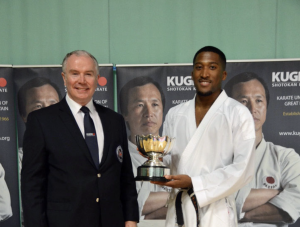 The Derek Langham Trophy for Most Outstanding Competitor 16-20 was presented to Jade Stapleton-Smith, Leeds Shotokan. 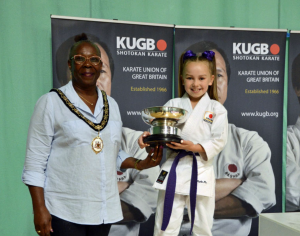 The Charles Naylor Trophy for Most Outstanding Competitor Under 16, presented by the Sherriff of Nottingham, Councillor Merlita Bryan, goes to Myla Pu, Malvern. 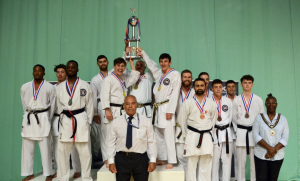 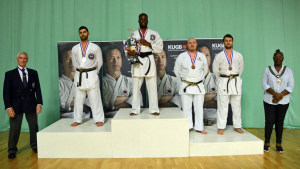 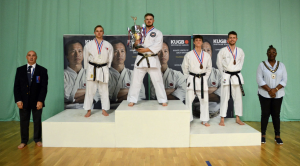 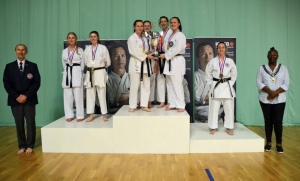 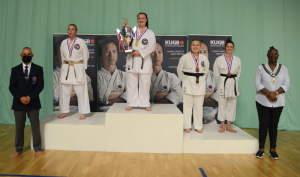 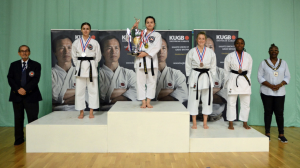 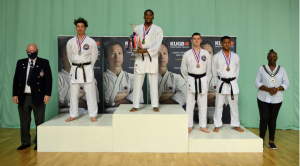 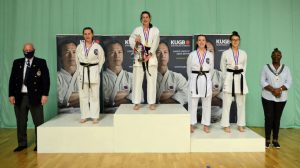 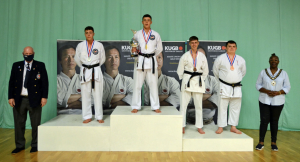 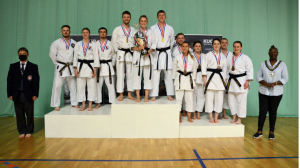 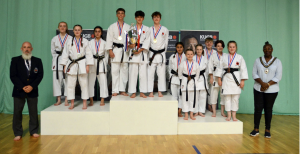 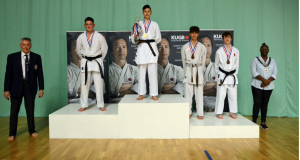 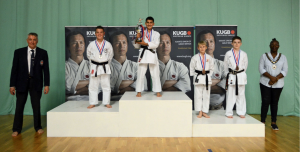 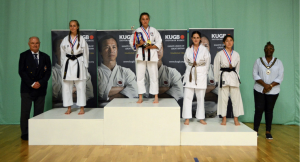 Girls Individual Kumite 5’3″ and over 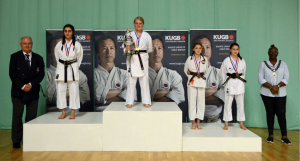 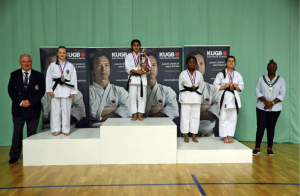 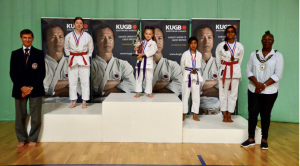 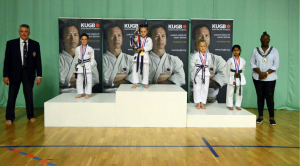