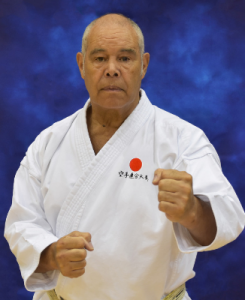 Billy Higgins was born in Bootle, Liverpool on 14th August 1945. Taking a keen interest in sport from an early age, he took up boxing, gymnastics and football while still at school. In 1965 he started to study Wado Ryu Karate and he very quickly established himself as a fast and skillful fighter.

He competed and coached in many all-styles competitions during spells of unification as the Martial arts commission and the BKCC All Styles Squad and in 1972 he was chosen as the team captain gaining 2nd place in the individuals and 3rd at the world championships during training he rapidly realised the high technical standard of the KUGB members of the squad. As he was having difficulty travelling to his Wado club, he decided to join the KUGB in 1970.

He has had a long and distinguished competition career, with many national and international titles to his credit. These include Individual European Champion, 2nd in the WUKO All Styles World Championship in Paris 1975, 1976 European All Styles Champion. He came 3rd in Tokyo.  He was captain of the highly successful 1975 British All Styles team that defeated the Japanese team to win the World Championships in Los Angeles. He was also a member of the very successful KUGB Senior International Team that won the Championships of Europe no less than five times!

He was coach and manager of the EKB squad and was squad coach for the KUGB Scottish and Southern Regions. He is a KUGB Grading Examiner and a qualified International Referee.

He is renowned for his fast and effective fighting style, particularly his lightning-fast Ashi-Barai/Gyaku-Tsuki combination which devastated his opponents and won him many events. Also noted for his dynamic Tai Sabaki, he is a popular teacher and examiner, always in demand around the KUGB clubs.

Since joining the KUGB, he has been a dedicated and active member of the organisation, particularly in the field of coaching. He intends to continue to be involved in making sure that the KUGB maintains its strength and technical ability in the future. 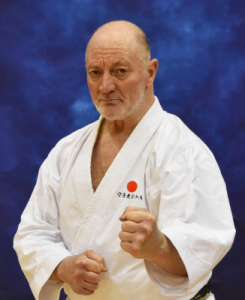 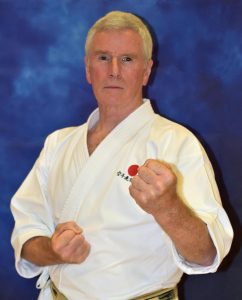