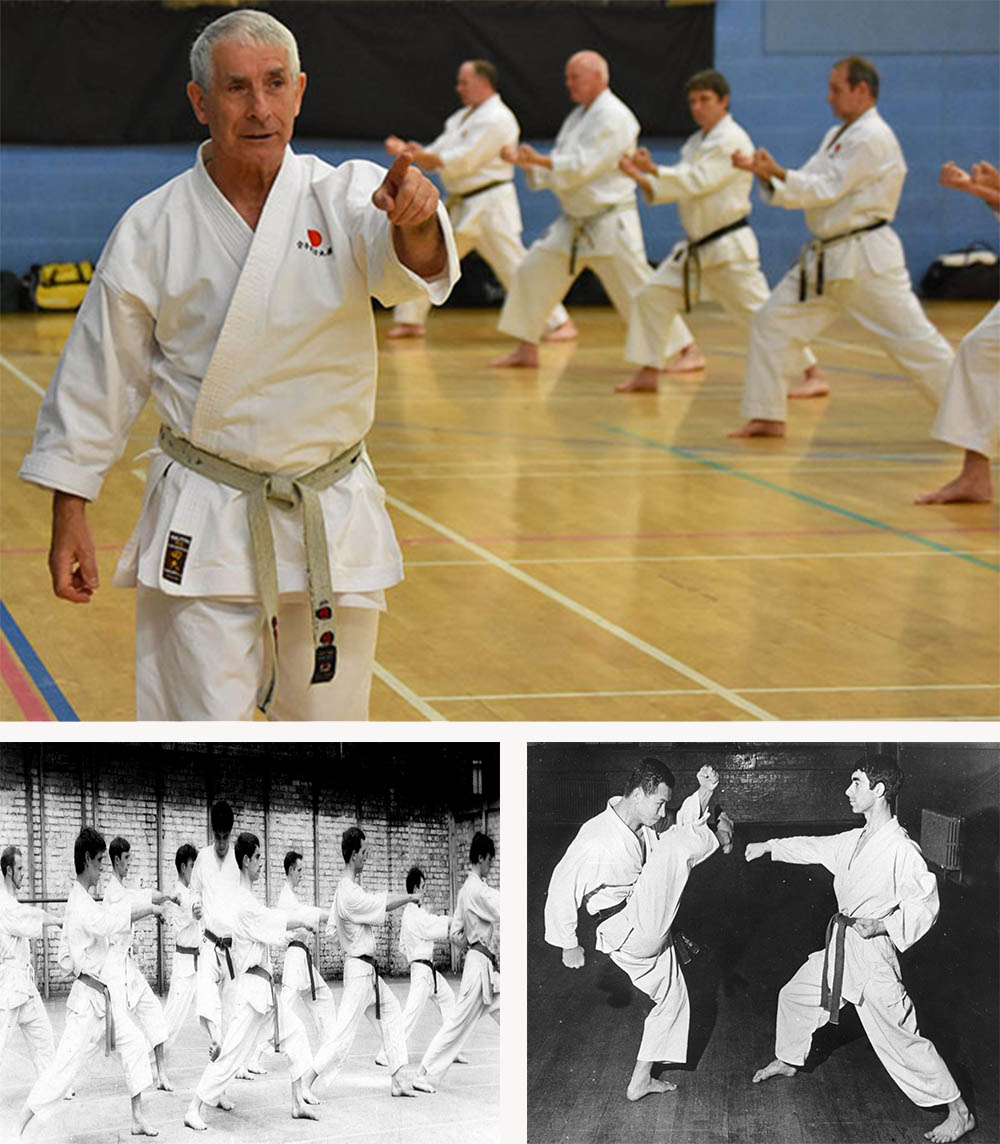 Sensei Sherry was born on July 9th 1943, near to Liverpool City Centre. While still at school, he became interested in Japanese martial arts and started to train at Judo. In 1956 he also took up Ju-Jitsu and it was while he was studying this he first started to become interested in Karate.

There were no Karate clubs in Liverpool at that time and along with several others, he helped found the Liverpool Karate club under the auspices of the British Karate Federation. He studied with Senseis Murakami and Mochizuki in the early ’60s and from 1965 with Sensei’s Kanazawa and Enoeda. He received his Shodan in 1966 from Sensei Enoeda, the first person in Great Britain to be awarded such a rank in Shotokan karate.

He was the KUGB’s first Kata champion in 1967, and the next year, 1968, he became the first grand Champion by winning both the Kata and Kumite events. This was the start of a now legendary run of successes in National and International Championships. He first won the EAKF European Kumite title in 1968, and then went on to win other Individual European Championship titles and countless team events as a member of British and England teams.

In his competition Kumite, he was a fast and skilful fighter, noted for his stunningly fast Gyaku Tsuki which he combined with a very rapid Yori-Ashi (foot movement) to make him one of the most respected fighters on the International scene.

He was also a master of timing and tactics, skills that he now uses to coach the KUGB’s international squad. Although recognised internationally as a fighter, it should not be forgotten that he dominated the Kata event in the first four KUGB National Championships, and that he achieved many successes in Kata in European and National Championships until his retirement from competition in 1977.

It was in 1966 that he, along with a small group of representatives from other UK Karate clubs, helped form the Karate Union of Great Britain.

Although very busy as a competitor and as an instructor, he immediately took an active part in the KUGB administration from its inception, and in 1973 he was elected as Chairman of the KUGB, and has been continuously elected to the post to this present day.

He has had many firsts in his long Karate career – he was Britain’s first Shotokan Black Belt, the first 3rd Dan, the first qualified British Shotokan International Referee, and he now holds the rank of 9th Dan.

Quiet by nature, he is totally dedicated to Karate and the KUGB – he serves both with a passionate dedication that is an inspiration to others, and there can be no doubt that he will continue to dedicate himself to the KUGB to ensure that its remains the largest, most professional and one of the most respected Karate organisations in the World.